Ideas that every salesforce developer should vote for?

I've noticed that Ideas around improvements to the apex language don't seem to get the same up-vote exposure as some of the admin-based improvements.

Thinking this might be a good place to aggregate all the ideas that we should be all voting on (for the sake of modernizing development on the platform).

Here are some of my top:

Support Field-sets in SOQL SELECT clause (disclaimer, I submitted this one)

What other ideas should we all be voting for?

Good Dev Ideas Community Wiki (no judgement, a-z, if you think it's worthwhile just add it, don't remove ideas added by others).

Vote for everything you agree with to build visibility. If you have opinions on them or disagree with them, comment/downvote on the idea exchange.

Split from the community post as this answer as it isn't really developer related.

What is your first thought when you see the proposed Spring `17 Release logo? 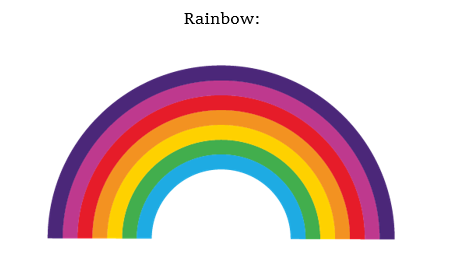 If something in your head starts going Roy G Biv, then this is the idea for you:

Correct the color ordering in the Spring `17 Release logo

Definitely had the same feeling (there is even an idea for a separate dev idea exchange, fortunately since the dev stuff has dedicated PM(s) stuff gets picked up with a lot fewer votes than admin stuff.

That said, more visibility never hurts, and I've got a lot close to my heart, created a wiki response for people to collaborate on a group list instead of having 20 different answers.

My absolute #1 gripe as a developer is shared w/ admins: "allow triggers (+WF+PB) on objects they're not currently allowed on."

Unfortunately, I think the ideas have been fragmented object-by-object in "Ideas."

But at Dreamforce this year, I learned that there are between 10 & 20 such objects still languishing. Not sure if there's a master "fix all of them" Idea yet, but I'd vote for that if there were.

It's really hard to design proper data models when there are certain tables (especially "junction tables") you can't fire triggers against.

(Firing triggers around tables they link to is not the same, as close as some clever kludges may get.)

New one, since Pardot just announced they're closing down their Idea Exchange:

Not the answer you're looking for? Browse other questions tagged discussion .

Welcome!
This site is for discussion about Salesforce Stack Exchange. You must have an account there to participate.
Help