Why can't I at-mention this user (content not allowed)?

I tried to reply to a user by way of comment on my answer, which normally I do all the time to make sure they get the comment, but this time, when I tried, I got the generic "Comments cannot contain this content" error.

It appears that their name may be the issue (it's "Алёна Опарина"). The system allowed me to auto-complete the name when I typed @, but when I try to post it, it gave me this error. This is question that was posted.

I also tried several variations of the comment, and all of them were rejected, so I suspect that this is a problem with the username and not anything I've tried to say. I've also never had this problem with similar comments on any other comment I've written, hence why I'm asking.

Is there somewhere we can see the list of disallowed phrases? Should the system block a comment because of the username?

Thanks for bringing this to our attention!

Back in January 2014, Salesforce was hit by an influx of Russian Spam. The same day the meta post was created, we added Cyrillic characters to the blacklist on the Salesforce site to block that spam.

I'm guessing this was intended to be a temporary block as our spam responses are generally designed to make spamming difficult until the spammers move on to somewhere else. In the time since the blacklist was established, it blocked something just shy of 2000 attempts. That's about one per day and probably a handful of those have been people testing it today alone.

Based on that, I'm guessing that we can remove the blacklist and see if the spam picks up again. I'll dig into the data a bit more to see who's hitting the blacklist to double check and then will likely recommend removing it.

I'll see if we can get this fixed next week.

Some additional data I pulled:

Y'all did used to have a big issue and there was a smaller attempt at posting in Cyrillic in 2017 but, for the last two years or so, it's been about 15-25 attempts per month 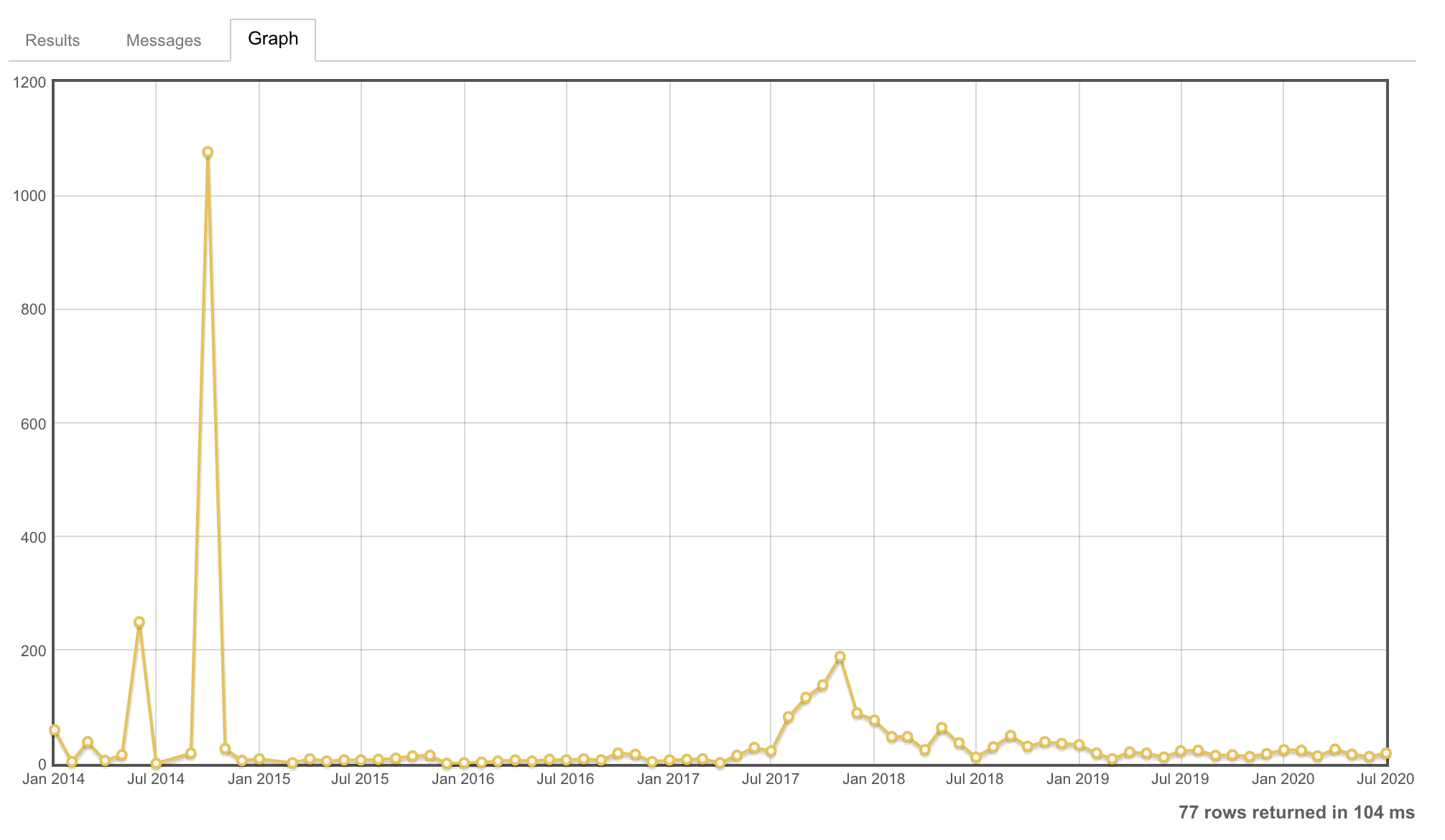 Additionally, only 58 attempts have ever been in a comment - all time - on 20 total posts. Six of which were related to this specific event and on another post, someone attempted to leave a comment 15 times.

Some things have changed since y'all had this blacklist in place - we have the community group, Charcoal, and their bot, Smoke Detector, scanning for and removing spam. So, considering the above, do you think the complete blacklist - or any - is necessary? I'm leaning towards get rid of it all and if there's a huge resurgence, we can re-establish part of it but in a way that doesn't overly-block this content.

Adam was kind enough to remove this block so Cyrillic characters are now allowed. Please let me know if y'all run into issues!

Not the answer you're looking for? Browse other questions tagged .

Welcome!
This site is for discussion about Salesforce Stack Exchange. You must have an account there to participate.
Help

3
Why is the @user on the comments, not working always?
7
What should we do with non-answers when the user can't comment?
2
Unable to vote for "close by duplicate" on two exactly matching questions.
9
Is copying someone else's comment template for new users considered as mean/bad practice?