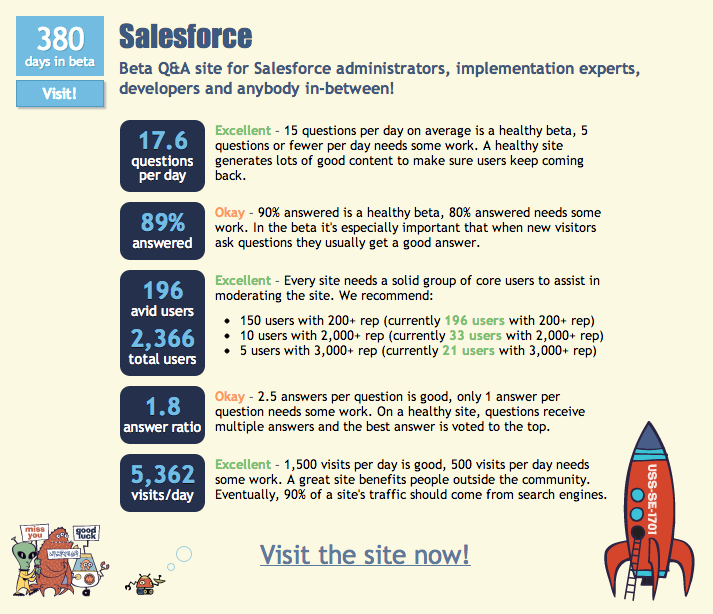 Welcome!
This site is for discussion about Salesforce Stack Exchange. You must have an account there to participate.
Help
Visit chat

15
Private Beta to be Extended - the Aim for Content
10
Participate in Hat Dash 2012?
41
Design for Salesforce Stack Exchange
1
Review Queue Notification Working?
5
Preferred tools for accessing SFSE?
4
Can we have a blog for our salesforce community site
14
Is Salesforce Lightning == Microsoft's Windows 8?
8
Is it OK to create a tag whose primary purpose is to facilitate an official Salesforce tech enablement event?